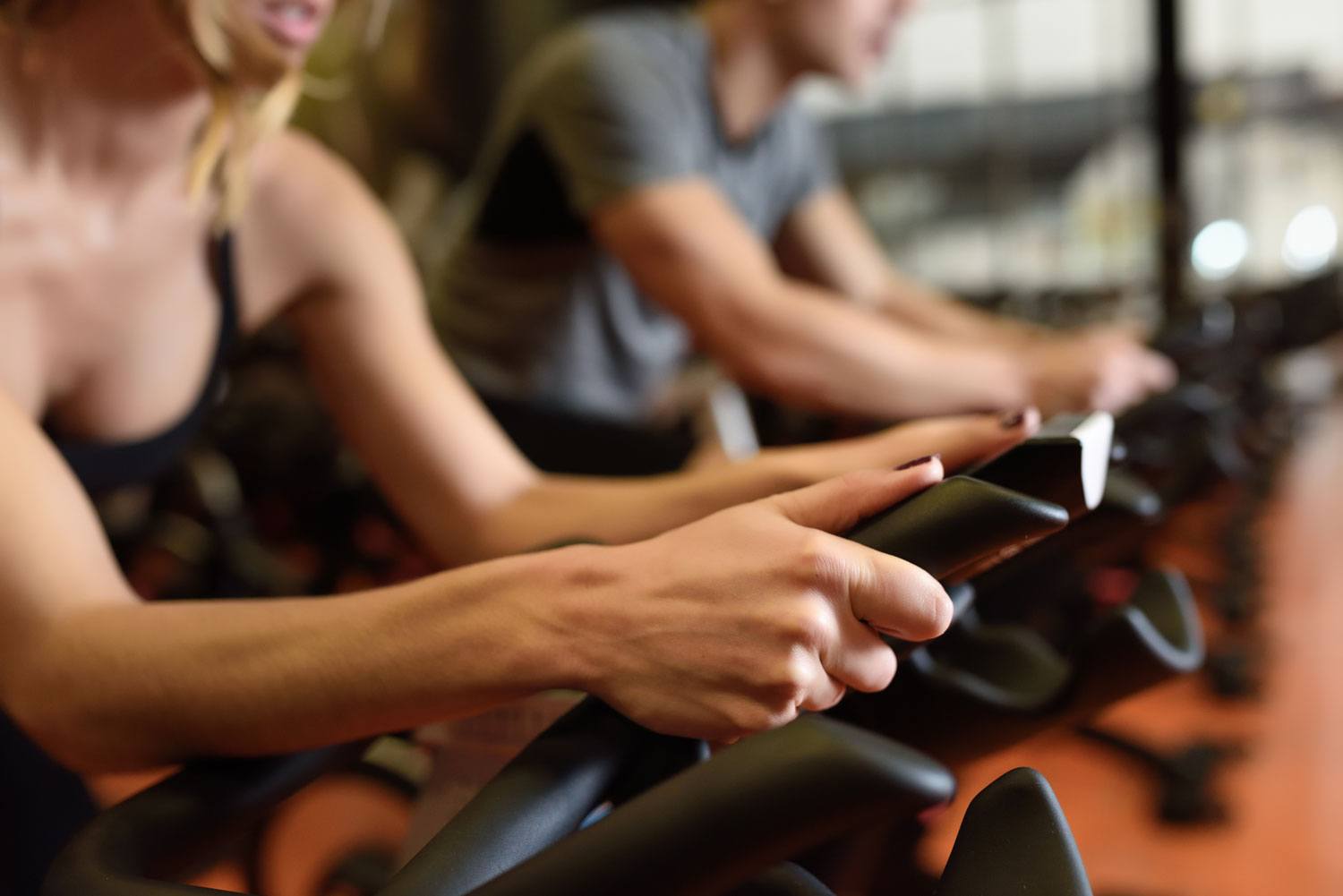 Peloton has turned into an incredible rocket over this past year, and has built the preeminent “workout at home” brand.  From the original bike, they added the Tread (treadmill), and now have two versions of both their bike and treadmill - as well as their Peloton Digital classes.  Over the next year, they may well bring out a rower and other types of equipment.  So what are the top 8 things that attract and maintain Peloton’s user base?

If there is an Apple in the home fitness space, it would be Peloton.  The vision from Peloton was clear at the start - bring a full boutique studio experience into people’s homes.  Just as Apple creates its own hardware and software as a single product, Peloton does the same thing with spin workouts - the bike hardware, the software, the instructors, the studio - the whole package.

Building every piece yourself requires more money, but it lets you control and optimize the entire experience.  In general, Peloton just works, the same as my Mac Book Pro.  You don’t need to have a degree in rocket science to get it up and going, there’s no device driver or streaming connection mismatches, or TV casting issues - just add internet and water with sweat once a day.

Ironically, when John Foley (CEO and Founder) was trying to get the business started, creating an end to end experience including classes, software and hardware made it hard for him to fund raise, and he had to get going with a Kickstarter campaign and angel investors not larger venture capitalists (see more of the story in Forbes).  As with many industry-disrupting tech investments that seem obvious in hindsight (Uber, Airbnb, …), the founder needed a ton of grit to get through the early period, but lots of those VCs will be kicking themselves right now for passing back in 2012.

The integrated and complete experience in Peloton is one of the key reasons why it can still charge premium pricing, and cheaper ‘copy cat’ bikes have had little ability to take marketshare.  Fitbit and GoPro fought similar battles as hardware providers against lower cost options from overseas, and did not come through unscathed.

Just like Apple, Peloton has developed a tremendous brand and cult following.  Celebrities like Hugh Jackman post selfies on their Pelotons without Peloton having to pay them to do it, and it seems like Peloton is helping a lot of people to change their lives.

Around 2016, Peloton was pushing the bike based on its capabilities similar to other home fitness equipment, with ads illustrating how to you the product.  Carolyn Tisch Blodgett joined their team to run marketing, and realized they needed a more compelling brand story.  The “Hello. Let’s go,” Peloton ad pivoted to focusing on connecting into a community of riders, competing against them and yourself, participating in a NY studio experience.

Today Peloton’s ads are more about lifestyle and feeling fit versus the features of Peloton itself.  Apple takes the same tack in its ads, focusing on what its products enable you to do rather than the product itself.

It’s actually a great piece of hardware, and reviewers rave about it, like the New York Times earlier this month.  The bike tracks cadence (how fast your pedaling) and resistance, but can also be connected to heart rate monitors (Peloton has its own or you can opt for a third party one).  Heart rate zones are shown on the screen as part of the workout.  Having real-time data lets members compete against other users in leaderboards, or compete against their personal best (which seems to be more popular for most users I’ve talked to) - metrics are a big part of the Peloton experience and a way for people to see their own improvement in fitness levels.

The connected nature of the bike isn’t new - the ANT or ANT+ protocol used by many connected bikes date back to 2003 and 2004 respectively.  Equinox gyms were using ANT+ connected Schwinn bikes as early as 2011 in their spin studios.  Precor, Life Fitness, Matrix, Schwinn, Star Trac, … there’s a lot of options for an elite spin studio.  But Peloton brought a connected bike together with a giant Android tablet on the bike, giving a cinematic workout experience without needing a TV.

The primary complaint people have made historically about Peloton’s offering is the cost of the bike, though now SoulCycle and others are bringing out similar bikes with similar price tags.  Once someone has bought a bike though, it’s very likely they will keep paying the $39 per month for the content subscription to keep maximum use from the bike, even if they don’t actually ride it that often.

People love the Peloton instructors - Robin Arzon, Cody Rigsby, Alex Toussaint - they have become celebrities and have personalities to match on display during the Peloton rides.  The continuous stream of positivity coming from the instructors while they pump their bikes can make Peloton rides feel like a Tony Robbins event or a Pentecostal church service.

Peloton has tried getting elite cyclists as instructors, like Christian Vande Velde and Christine d’Ercole, but in general the user ratings for coaches reflect stage presence being more important than elite cycling experience.

Compensation for Peloton instructors isn’t public knowledge, but estimates run $500 to $750 per ride, and an instructor could earn over $500K per year (before any stock compensation).

The quality of the video delivery to the Peloton bikes is a key part of their premium service - in general it feels more like Netflix (high quality video) and less like Zoom (lower quality video).  There’s some technical pixie dust behind this.

Most large internet services now run on the servers of 3 companies - Amazon (Amazon Web Services - AWS), Google (Google Cloud) and Microsoft (Azure).  In fact, even Zoom and Vimeo run on these infrastructures - Zoom predominantly on AWS and Vimeo now on Google Cloud (formerly on AWS).  There are several steps in capturing and distributing the video:

Zoom is the gold standard for quality in real-time video chat, but the video quality is not as high as Peloton or Netflix, and the video gets out of sync with the audio.  This is because Zoom is designed for video chat, and they prioritize having no delay over video quality - a delay of even a few seconds in video chat ends up with people talking over each other.  A lot of local gyms adopted Zoom for live classes during Covid because it was cheap and easy to use.

Peloton (like Fiit.tv and a lot of other digital services) uses AWS for distributing video.  None of the digital pure-plays use Zoom.  The video quality is higher, the sync with audio is much better, but there’s a higher latency - like 20-30 seconds.  This delay doesn’t impact the Peloton experience - the instructor can still call out people on their 100th rides, but there’s no real-time 2-way conversations going on.  Some of the digital fitness providers actually just record and edit their workouts, and then play them back like they’re being recorded live at the allotted time.  Whether live or on-demand, Peloton’s content is being streamed over CloudFront.

Great music is critical to great workouts, and Peloton puts it front and center with the most unique and powerful music licensing agreements of any of the home fitness hardware vendors.  Peloton is able to use mainstream, commercial pop music in both live and recorded workouts on the platform.  This lets them have themed rides to specific music artists, like Brittney Spears and Justin Bieber.

Peloton’s music bill is the stuff of legends.  In the 3 years up to its IPO on the stock market, Peloton spent over $50M on music licensing (directly with artists), but still got hit with a $300M lawsuit from the National Music Publisher’s Association that was ultimately settled out of court earlier this year.  During 2019, a lot of members complained about their favorite recorded rides disappearing off the platform, as Peloton frantically culled its back catalog to reduce liability.

If Peloton is a religion, the studio is their church.  True to the original vision, the ambience is like a spin studio, with mirrors on the walls and a reflection of the riders in the room behind the instructor.  It’s actually quite minimalistic compared to other digital offerings - Fiit.tv, iFIT and Variis all have LED screens and even lasers like a disco.  Sometimes the instructor will have a DJ mixing the music next to them in Peloton workouts, but typically it’s just instructor on camera leading the workout.

Peloton uses remote IP-based cameras in their studios, these cameras allow pan, tilt and zoom functions for the team in the production room, and at least one of the cameras is on rails (it can move).  There is a separate studio where the live mixing is done, with big monitors and a mixing desk - it looks like a TV production studio.

For the core spin workouts, there is little contextual camera changing - unlike a HIIT workout where the instructor might be jumping up and down one minute and lying on the mat the next minute.  Having said this, having multiple camera angles and switching between them keeps the workout from feeling boring or monotonous (like it would with a single camera).

Peloton has as a strong and active community, with 340K (at the time of writing) members of its Official Peloton Member Page on Facebook.  Peloton’s members often become ambassadors, saying how convenient it is and how it has changed their lives.  When someone posts saying “I just got my Peloton bike, what should I do now?” there are often hundreds of messages in the thread underneath it from other Peloton users giving advice and suggestions.  NordicTrack and Bowflex likely dream about getting to this level of community engagement - the NordicTrack cycle riders group on Facebook has 7.2K members right now.

One interesting comparison for Peloton though is that its members tend to not get together physically - unlike say Orange Theory Fitness or SoulCycle.  Peloton also has its own “handles” (user names), which means that it can be harder to find and ride with your friends.  People do post to the Facebook group asking for others to follow them, but finding out which of your existing friends owns a Peloton and connecting with them to ride together feels harder than it perhaps might be.