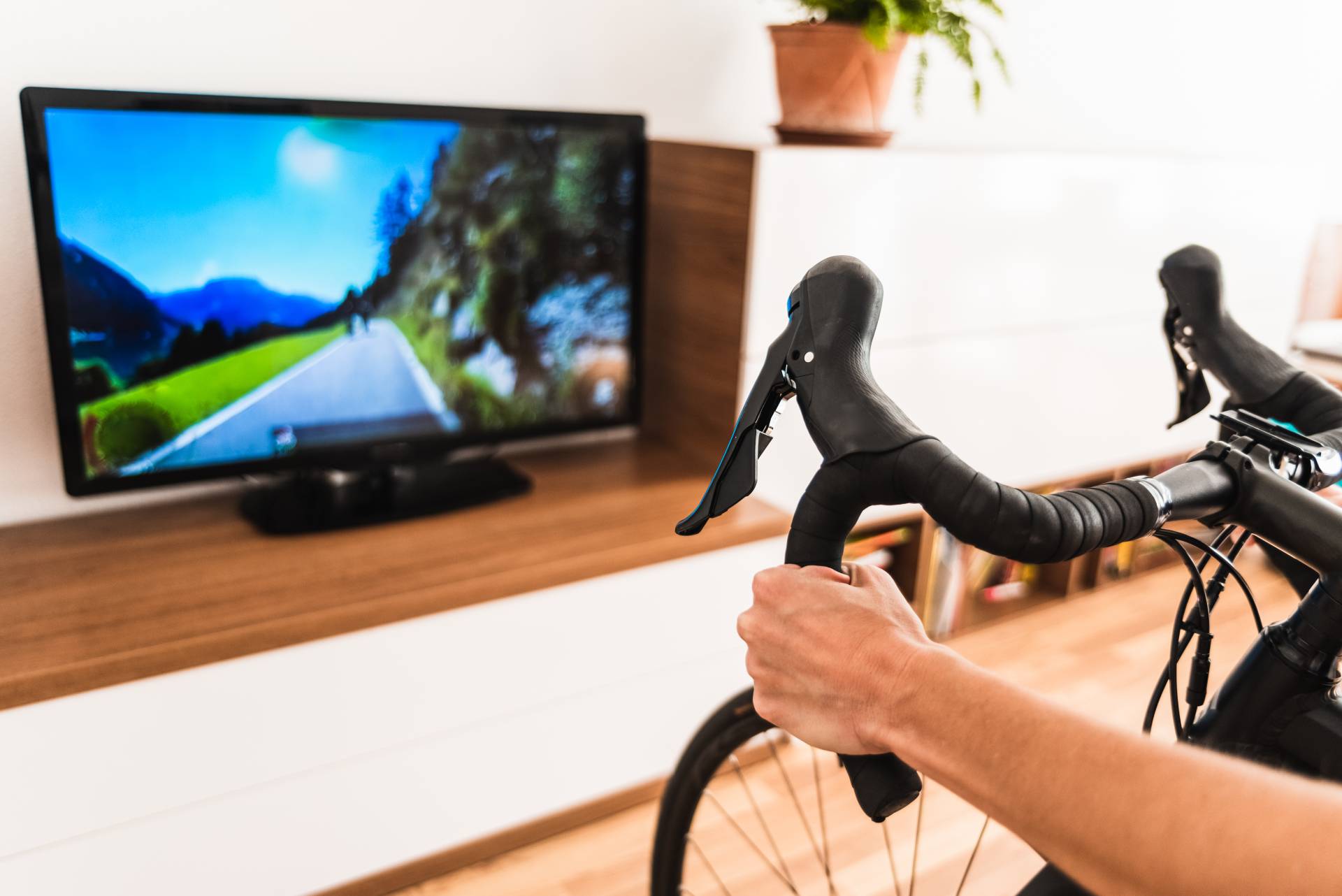 I’ll run through a few considerations here, but whether to put an embedded screen on a piece of fitness hardware is not a cut and dried decision, which is why we saw an almost equal weighting in our market survey in part 1 of this blog set.

It really varies. For more expensive items, and especially bikes and rowers, there often is an expectation that if it costs over $1,500, it’s going to have it’s own screen. Having said this, having a 7” or other small touchscreen isn’t particularly impressive given all the iPads out there, so it may be better going cheaper (LED screen or just Bluetooth) or expensive (24” touchscreen) but not in the middle.

Perhaps unsurprisingly, larger devices where the person’s position is fixed (like a bike) are more likely to have a touchscreen than ones where the user is moving around more (like strength with form analysis or boxing). It is interesting that some vendors like Tempo and Peloton have moved away from screens in lower end devices to make them more affordable up front.

One aspect of having a screen is that it can make it easier for a user to jump on and go without needing to find their iPad, make sure it’s charged, connect over Bluetooth etc. The Peloton bike is always there - immediately ready to go. You can cast to a TV, but it’s not required, whereas FightCamp for example is really designed to require a TV to cast to.

Note that most high income users are accustomed to Apple’s iOS operating system, not Android, so most fitness equipment manufacturers go to significant lengths to hide the “Androidness” of the embedded Android operating system, which increases the development and maintenance cost. It’s also important to proprietary lock-in, as Peloton and others don’t make it easy for their customers to just go install Netflix to watch during workouts.

Depending on the rest of the device, a screen can make the fitness equipment more bulky and harder to store. This is clearly true for connected reformers - there’s a strong correlation between the larger reformers with large screens and smaller reformers that can fold down and be slotted under a bed or sofa. Reformers with giant screens tend to require large amounts of space and be set up all the time. These large screens can also dominate a room and make them feel more claustrophobic.

Shipping fitness equipment with screens is also more difficult - the screen is generally the most fragile piece of the equipment, and it requires more specialized handling.

This will be more controversial, but much of the first wave of at-home connected fitness was based on locking the customer into a “subscription forever” model. The subscription at say $39 per month for what is essentially just video content is much higher than could be achieved with online videos alone. At about $468 per year, the subscription payments can grow to larger than the upfront device cost in about 2.5 years now with the lowest cost Peloton bike (which has been getting progressively lower and lower cost).

In general, there’s a correlation to turning off capabilities without an active subscription with having a screen on the device. Devices that just use Bluetooth to communicate to a customer’s tablet or computer tend to be more standards based.

Peloton got into hot water last year when it appeared to briefly “brick” its $3,000 treadmills if customers stopped paying the $39 per month cost.

Similarly, Tonal today doesn’t just turn off video content if you stop paying the $49 per month cost, it turns off all the AI and dynamically variable resistance features, which feel like they should be a core part of the product. As per this review, “Honestly, if you don’t want the membership, then I would not recommend getting the Tonal in the first place.”  This is in contrast to a lot of the existing market vendors like NordicTrack - their Fusion CST still has all functions available if you cancel the subscription. Some newer strength equipment like Arena also doesn’t require a monthly subscription forever.

It’s possible that equipment with a screen and proprietary lock-in sees higher subscription renewal rates, and certainly equipment like Tonal and Peloton do see much lower churn (over 95% renewals) compared to pure content services (just streaming videos). However, there’s a continuous supply of discounted Peloton bikes on Facebook marketplace now.

Proprietary lock-in has worked quite well for connected fitness up to now, but it also worked well for the first generation of smartwatches - like Garmin and Fitbit. As Apple developed an ecosystem of third party apps and made its data available, Fitbit and Garmin scrambled to open up their platforms and data, but by then it was too late. As standards like FTMS impact fitness equipment, it’s likely that there will be more hardware neutral content services like Zwift, so having proprietary islands may become harder to justify.

Of course, having a touchscreen on fitness equipment increases the manufacturing cost. Most of these devices are getting made in China, so a quick study on Alibaba can guide us on the additional manufacturing cost for these Android screens:

The quality of these screens will vary, but it definitely adds cost to the exercise equipment, reflected in the final cost to the consumer.

It’s important to understand that adding a tablet to exercise equipment isn’t just adding manufacturing cost - it’s adding development cost (for the Android OS image) and support cost forever. The fitness equipment manufacturer has to become a software platform company - it has to maintain an Android OS distribution as well as the fitness apps to run on it.

This isn’t trivial. It is much more expensive than simply having sensors on the fitness hardware that communicate to the user’s smartphone or tablet via Bluetooth. There are also a lot more things that can go wrong, and they are much harder to fix (versus “outsourcing” the OS image to the user’s existing iPhone or Android device).

At some point, Tribe may create an Android OS image for connected and embedded fitness hardware, so that every fitness hardware manufacturer wanting to embed a tablet doesn’t have to take this on themselves. This is analogous to how Tribe today provides a connected fitness platform with videos, wearables, leaderboards, etc - so that boutique studio brands and hardware manufacturers don’t have to reinvent a wheel that should be part of a platform.

Linked to the last point, when you as a manufacturer are responsible for patching and maintaining an embedded operating system, things can go wrong. As an example, security researchers discovered a flaw in Peloton that allowed a hacker to take over the whole bike - including the camera and speakers. It did require physical access, but in shared environments or via supply chain attacks, that could be a problem - especially when President Biden is riding one in the Whitehouse.

Just to state the obvious on a technical front here, but Google doesn’t maintain the Android OS for you automatically. Almost if not all fitness equipment manufacturers using Android on embedded tablets are just using the open source version of Android, and are not subscribing to any explicit OS updates and patches from Google (like a handset manufacturer).

Fitness wearables can also be targeted for stealing personal data, as highlighted recently by the BBC.

For tablets in connected fitness equipment, one key is ensuring gateway Virtual Private Networks (VPNs), so that the device can only talk to the fitness equipment manufacturers' servers. This shields the device from attacks across the open internet, as it’s likely that many of these fitness devices end up having unpatched and lightly maintained older versions of Android.

It’s interesting personally. If you had asked me 6 months ago, I would have said that having an embedded tablet on fitness equipment was typically unnecessary. But having now bought a Peloton Bike+ (albeit at a $1,000 bargain price on Facebook marketplace for a bike with a single ride on it), I do appreciate being able to put the bike anywhere in the house and have a high quality screen right there ready to go.

As per the market survey in part 1 of this blog set, most (but not all) modern connected fitness devices over the $1,000 price point do have some type of embedded tablet at this point. But if you are considering creating a piece of connected fitness hardware, it’s worth remembering that the upfront and ongoing costs of having an embedded tablet experience are very high, and require significant scale to become profitable.