How Peloton Motivates its Users to Do Extraordinary Things 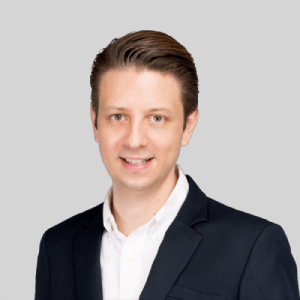 As a software company, we ask ourselves how to make our product more engaging every day. There are various ways to create software that looks pleasing to the eye and feels like a seamless user experience. Yet, only a handful of companies have mastered capturing the essence of what it means to keep users engaged over a long period.‍

Did you ever wonder why you download an app, sign-up frantically to discover that there is nothing that pulls you back to it after a few days?

We have set out to find out what makes a specific fitness platform shine and draw millions of users to their platform. In brief, we want to figure out how they can master engagement by following the basic principles of gamification. Conveniently, we have picked Peloton as an ideal candidate as most folks out there are either using their bikes or at least know someone who has been raving about it.

Before dwelling on specific examples, we must understand what gamification means. Borrowing a quote from Yu-kai Chou, the self-proclaimed founder of the Octalysis framework. "Gamification is the craft of deriving fun, and engaging elements found typically in games [but not necessarily] and thoughtfully applying them to real-world or productive activities." So there is much more than meets the eye. We can say gamification touches upon the combination of behavioral economics, motivation, and psychology. According to Yu-kai Chou, there are eight critical drivers in designing an engaging product that keeps humans motivated and lets them come back to crave more play. For simplicity, we will focus on four main key drivers in this article. You can read more about it in Yu-Kai Chou’s blog where he goes into detail about each driver.‍

So how exactly does this look from the vantage point of virtual fitness, specifically Peloton?

‍Let's get the facts straight first. We know that most people like to think about working out but, in reality, have difficulties battling against their inner gremlins. Usually, there is a lack of motivation and other distracting factors like simply getting up in the morning. Despite the evidence, millions - 4.19 million to be exact - flock to Peloton, shelling out thousands of bucks to ride a bike attached to a gigantic tablet, which, thanks to the ingenuity of their users, has already been hacked to binge on Netflix. As pointed out a few paragraphs earlier, it all has to do with human psychology and our hard-wired instinct of following common societal patterns rooted in our behavior. Enough said, let's dig into this in more detail;

On the very outer shell of a game experience, you will find the PBLs, which stand for Points, Badges, and Leaderboards, or as Yua-Kai warmly refers to them as the Gamification Fallacy. This is probably the most applied metric to fitness-related platforms. Tribe applies it as an overlay on live and on demand streams so does Peloton, Nike, Strava, and all the major players in the industry. PBL caters to our internal drive to accomplish things and progress towards a unified goal and is considered a basic repertoire of game design.

Unfortunately, many software companies focus only on developing this first and superficial layer of engagement. Most developers hope that if they slap badges and leaderboards on their product, it will magically become exciting. I must disappoint; we need to consider more substantial elements of behavioral economics.

A concept often used to create motivation is the fear of losing something we have poured time, effort, money, or other resources into. From a fitness angle, it can be illustrated by special badges that one might lose if not keeping up with the performance. We can also interpret it as one's need to preserve their ego, the sense of self, and the refusal to give up. Peloton has mastered the element of loss and avoidance skillfully by implementing the 'streak' feature - which essentially tells you how many days in a row you have worked out and rewards you with a badge accordingly. Conversely, and probably to make you feel more guilty, it also tracks for how long your badge has been pending or unearned, as Peloton calls it. The strange thing is that even though people are aware that badges are entirely fictional, they are still subject to anchoring bias.

This drive is one of the most researched and applied tactics in gamification. It entails social elements of competition, companionship, and social acceptance. Companies usually opt to implement the basics of 'social relatedness.' or a 'refer-a-friend" This would be your typical invite your friends to the platform as we know it from Facebook and Linkedin. In theory, when someone signs up, there is a compelling reason for users to invite friends. The developers, in return, anticipate that the platform will create sufficient traction to tip the scale and achieve a considerable amount of network effect. Peloton nailed this with an ingenious idea by putting their coaches in the spotlight and letting sub-communities called 'tribes' amplify the conversation, which operates entirely outside Peloton's domains. These 'tribes communicate' in Facebook groups and Reddit threads that deal with everyday topics like top coaches, teams, occupations, etc.

Peloton's strategy pays off as it dials down on our need for association, be it people, groups, or events that we can easily relate to.

Probably one of the most coveted drivers of gamification is to get people to do things that go beyond their self-interest. To illustrate with a simple example, think about Wikipedia for a moment and the endless hours spent by volunteers to maintain the site relevant and free of spam. These are all unpaid volunteers that most so often donate to the platform.

Why, you may ask yourself, don't these people have a better job to do?

The answer lies in believing that the person is doing something beyond themselves. They think they're engaged in something bigger than themselves, hence the phrase 'epic meaning.' Following a similar analogy, have you ever wondered why people are so loyal to Apple and buy whatever new iPhone is being released without considering alternatives - even though those alternatives may be a more economical choice?

So how did Peloton instill epic meaning & calling into their product?

‍They are first catering to distinctive demographics comfortably nestled among the demi-1-percenters, with enough disposable income and homes spacious enough to accommodate those fancy bikes. Second, Peloton provides meaning by allowing coaches to express their ethnicity, beliefs, or shared interests - check out the Peloton Craft Beer Rider's group for inspiration while instilling a certain level of elitism and the feeling of being part of a more significant cause.

In conclusion, the illustration of the above drivers, which are by no means a complete list, is merely an attempt to show some of the critical elements that go into the thought process of developing an engaging platform. At Tribe, we predominantly cater to boutiques whose existence depends on nurturing personal relationships through continuous engagement. Our design philosophy is based on gamification principles and considers these critical drivers. We have an excellent article written about how your studio can capitalize on the very same principles that Peloton uses to engage with its users.

Either way, feel free to share your thoughts and comments with me anytime - you can reach me on LinkedIn or sign up for our newsletter below. I promise you will get to the point, low latency content relevant to the virtual success of your studio.

Digital Marketer
Owner of too many gadgets. Lover of all things with 4 wheels.